Sean Fearns serves as the Chief of Community Outreach for DEA since 2015, a position that includes management of the DEA Museum as well as the DEA Community Outreach and Prevention Support section. In this capacity Sean is responsible for guiding a diverse and creative staff to develop and implement strategic national partnerships with other organizations which help educate the public on the current drug threats facing the country, communicate key Administration drug prevention messages, and reduce the demand for those drugs, including implementing the DEA 360 Strategy.

Sean was hired by the Drug Enforcement Administration in 1998 as part of the team in the Office of Public Affairs that developed and opened the DEA Museum in 1999. During the eighteen years that Sean has been associated with the DEA Museum, the Museum has undergone significant enhancements with an expanded changing exhibit gallery in 2002; a nationally-traveling exhibit on the costs and consequences of drug abuse; a trio of international traveling exhibits in Afghanistan; an organized and professional archive; a growing permanent collection of photographs, documents, and objects; an improved gift shop and e-commerce operation; many smaller temporary exhibits; a dynamic website; a major renovation and expansion of the Museum’s permanent gallery in 2013; and an organized marketing effort resulting in sustained increases in visitors to the DEA Museum. 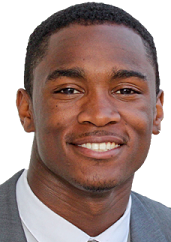 Khiree Smith, once a homeless college kid, is now a social entrepreneur, international human rights advocate and private equity & venture capital attorney working to help underrepresented entrepreneurs close $1B in financing by 2020. Born and raised in one of the nation’s most dangerous and impoverished cities, Khiree has devoted his life to defeating those conditions for himself and others. With organizations like CADCA, Amnesty International and various grassroots coalitions, Khiree has spoken and trained groups in over 40 states and 4 countries across 3 continents. He addressed the United Nations in Vienna, Austria and coached young ambassadors from Peru, Italy, Austria and Serbia to address issues in their communities. He met with high-ranking government officials in Rome, Italy to discuss approaches to youth drug prevention and traveled to Abu Dhabi and Dubai, United Arab Emirates to lead trainings at the first Global Forum on Drug Abuse. Khiree has coached and inspired tens of thousands of youth and adults from all over the world in strategic problem solving, violence prevention, policy advocacy, and public speaking. 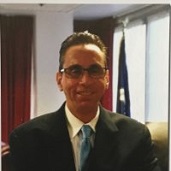 Richard Baum was named by President Trump as the Acting Director of ONDCP in March, 2017. He has dedicated his career to drug and crime policy issues. He has worked as a Congressional staffer, a writer/researcher, and for the past almost 20 years at the White House Office of National Drug Control Policy in various positions. Among the highlights of his career is leading efforts to draft the National Drug Control Strategy in both the Bush and Obama Administrations, and co-chairing work groups that put together the White House Transnational Organized Crime Strategy and the National Southwest Border Counternarcotics Strategy. Separate from his work at ONDCP, Richard is an Adjunct Professor of Public Policy at Georgetown University's McCourt Graduate School, teaching a course entitled: "The War on Drugs: Causes, Consequences, and Alternatives." CADCA is honored to present Bertha K. Madras, Ph.D., Professor of Psychobiology, Department of Psychiatry, Harvard Medical School with our annual National Leadership Award.  Dr. Madras is being recognized for her work on the President's Commission on Combating Drug Addiction and the Opioid Crisis, which comes at a critical time. The expertise, experience and information Dr. Madras carries with her will be of great benefit to all Forum attendees. CADCA truly appreciates her service to this Nation, and her tireless efforts researching and investigating the effects of drugs on the developing adolescent brain. Dr. Madras has also been a staunch advocate for CADCA, the prevention field and coalitions, and has been a true champion for our field.

Start the day strong with CADCA Membership! It’s essential that CADCA members have access to the best tools available to connect with each other local and nationally, and also the prevention community at large. At this year’s membership breakfast, Heather McNair, VP of Member Engagement Strategy at Higher Logic, walks you through a number of connection tools, including a focus on social media strategies, and she will introduce you to the brand new, members-only CADCA Community. Learn how to leverage the online community to stay connected with CADCA 365 days a year and maximize your CADCA experience. Heather is a well-regarded thought leader with 20 years of marketing, technology, customer acquisition and retention experience, 16 of those years in the association and publishing industries. She is adept at leveraging technology to increase customer engagement, and is a frequent speaker and writer in the industry. At Higher Logic, Heather is responsible for defining and refining effective engagement strategies and best practice recommendations as it directly relates to the member and customer experience.

Prior to joining Higher Logic, Heather launched and managed two successful communities in her roles as vice president of marketing, membership and strategic technologies at the American Association of Nurse Assessment Coordination, and senior manager of member engagement at the Medical Group Management Association. MGMA’s community launched in 2008 at the early onset of online communities for the association space, and many techniques Heather founded from that launch emerged as foundational best practices for Higher Logic clients today.

Heather earned a Bachelor of Arts in English from California State University, Fresno.